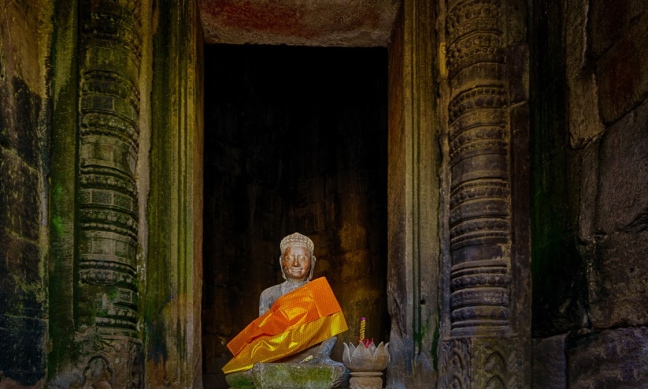 Originally derived from the Japanese way of life, Zen implies much beyond the basic meaning of word. Zen in its essence, means an intense state of focus, incorporating a complete togetherness of body and mind. State of Zen involves detaching from stuff going around you and being able to focus and visualize on a deeper level with your thought processes.

Zen flows from basic belief in Buddhism about concepts of Karma and Impermanence. Karma implies a form of natural cause and effect or “what goes around comes around”. Impermanence, means that those who practice Zen do not value their earthly possessions and learn to practice detachment from all feelings, situations and people. These two beliefs in themselves are not easy to comprehend but are important to learn as they are basic corner stones for understanding Zen.

The meaning of Zen is distinctly not associated with any sort of religion or religious belief. Buddhism is not in fact a true religion by definition, as its practitioners do not worship any God in essence. Instead they worship the relationship between mind and body. To practice and understand Zen, you have to forgo the concept of religion and understand the deeper meaning between human mind and body connection.

Zen in effect means a state of deep contemplation and removal of all thoughts streaming through your mind. Quite similar to the Sanskrit concept of “Dhyana” a Zen contemplator attempts to recognize the stream of consciousness, without trying to manipulate or interrupt it. Slowly with practice, a meditator eventually is not interrupted by any other thoughts while in contemplation. Zen practice helps calm your mind, brings more clarity, and infuses you with a greater calmness.

As Shunryu Suzuki-roishi explains when he speaks about Zazen or sitting meditation:

When you are practicing Zazen, do not try to stop your thinking. Let it stop by itself. If something comes into your mind, let it come in, and let it go out. It will not stay long. When you try to stop your thinking, it means you are bothered by it. Do not be bothered by anything. It appears as if something comes from outside your mind, but actually it is only the waves of your mind, and if you are not bothered by the waves, gradually they will become calmer and calmer. Even though waves arise, the essence of your mind is pure; it is just like clear water with a few waves. Actually water always has waves. Waves are the practice of the water.. To speak of waves apart from water or water apart from waves is a delusion. Water and waves are one.

This site uses Akismet to reduce spam. Learn how your comment data is processed.